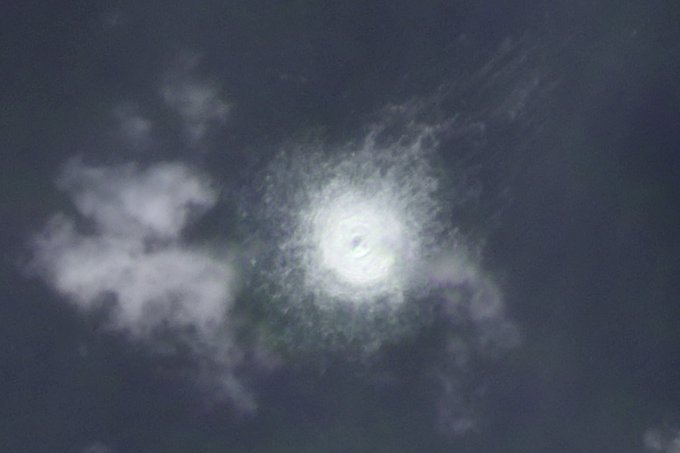 As was reported yesterday on international news, and perhaps even more in detail out here in Scandinavia, there seems to be some serious trouble with both Nord Stream pipelines since yesterday. Both seem to be showing all the signs of massive leaking. While Nord Stream 2 was not yet deployed, even that has been blowing bubbles since yesterday.

Swedish and Danish news outlet report that a detonation of presumable explosives have been registered around the time the first reports of gas leaks came in. One of the blasts was reported to be the equivalent of 100 (one hundred) kilograms of dynamite – that would be 220 lbs for the native English-speaking audience.

If you’ve read my third book The Deep, you would by now be wondering what had happened. Did someone actually read it and decide to follow up on its principles and/or feasibility? I sure hope not!

Rest assured that the book and its main plot had already finished in early 2022, and therefore did not attempt to freeload on recent events. As announced earlier, I had to temporarily stop writing in order not to end up with a plot that would be science fictional.

Let's assume my latest book The Deep (https://t.co/vLzuTkmYZD) has nothing to do with the #Nordstream blowout. pic.twitter.com/dTacyhPPsc

When I wrote this, the theories, conspiracy and otherwise, started flowing from the news media outlets. They published the following and more:

As could be expected, putin and russia blame the EU, NATO, and the US for environmental terrorism. Of course russia plead not guilty and having nothing to do with the now four blowouts.

With the amount of methane gas leaked from the pipe having a similar greenhouse effect as all of Swedens one year total emissions, this leak is not without consequences. The boom was on Monday, and the gas leaking from the pipes since, is estimated to run out on Sunday!

A day later, an environmental project in Björklinge, about 500km (~310 miles) from the nearest leak, reported elevated levels of methane measured in the air.

Needless to say, this thing ain’t over…