To do: Front fairing repair

As long as I have had the bike, the front fairing has been slightly out of alignment. No, I never dropped it, nor did the previous owner Mart. But, I lent it out a few years ago, and on that occasion, it tipped over while stationary. It landed on the brake handle that snapped and has since been repealed. No plastic parts were scratched or damaged at that time. But, tipping a bike over is never a good idea and this incident probably contributed slightly to the existing alignment issue.

Also, when doing maintenance requiring the two lower front side covers to be removed, it was quite hard to put them back as they did not really seem to fit against the upper part of the fairing all that well. Another clear indication that there’s something wrong.

On a previous occasion during maintenance, I noticed that the top part of the fairing, the spoiler around the headlight holding the windscreen, was attached to the frame with two bolts only, instead of the four that should be there. I expected damage to the fairing requiring serious fiberglassing and lots of epoxy glue, but when dismantled, there were no cracks or missing plastic parts anywhere. Instead, two of the four mounting brackets no longer contained a brass nut that clearly had been there when new. So the thing hung by two bolts instead of four and was out of alignment. Time to do something about this before the new season starts in a few months.

That’s easy enough, remove the ‘dash’ around the instrument cluster with the two screws on top and the other two at the bottom. Do some fiddling and the dash should come out. We don’t need to remove the cluster for these repairs.
Then remove the fours screws (two per side) connecting the upper fairing to the lower side covers. You can remove the side covers for easy access but they can stay in place. In my case, I needed them to stay put as they would be helpful in aligning the top fairing later.
Finally, remove the four bolts holding the top fairing to the subframe. These last were only two in my case and they can be fiddly to reach.

TechTip: having your bike on the jiffy greatly enhances access to the fairing and lower side covers.

The inside of the fairing: 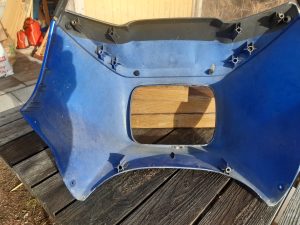 …can you spot the defects?

Here’s what a good one looks: 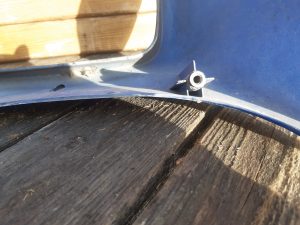 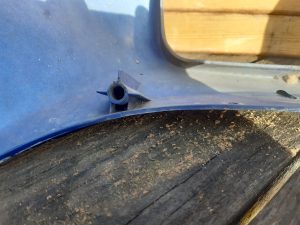 …almost the same, but this one has no nut!

Total work for this part of the job: half an hour.

And yes, my Alp is a blue/white one. This is a very nice color combination but probably quite rare, as I regularly see other colors but seldom this combination.

While I did not actually check this, I assumed the brass nuts glued into the fairing were not available as Honda spare parts. With this assumption, I had to make a pair new nuts that I could glue into the holes in the fairing.

The nuts are basically a 8mm rod with a length of 12 mm and M6 thread cut into it. If you happen to have a lathe you could easily manufacture a few thousand of these and set up shop to sell them on the interweb and be rich and retire early. As I do not have a lathe, I had to do it the hard way and take a trip to the local hardware shop to look for anything that might be morphed into a suitable nut. Two shops actually, as the first did not have anything that I fancied could be remanufactured into what I needed. The second however did have something that might do the job, so I bought two of these… 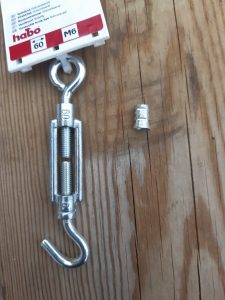 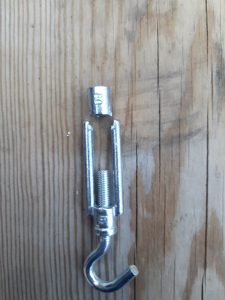 …and then reducing its outer diameter of the ‘rod’ from 10mm to 8mm. Again, I do not have a laithe, but I do have a grindstone and a drill. So I put the ‘nut’ on an M6 bolt, a counter nut to hold it in place, and put the bolt in my drill and held it against the rotating grindstone while slowly rotating my drill… 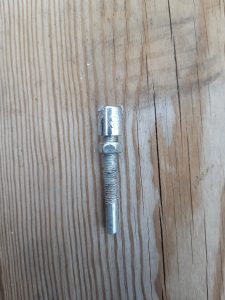 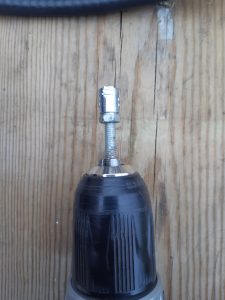 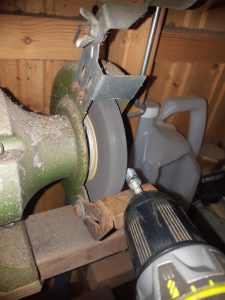 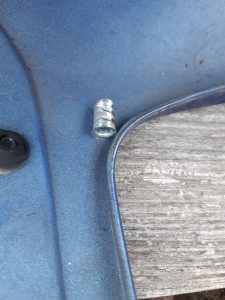 …filing some grooves for better friction… 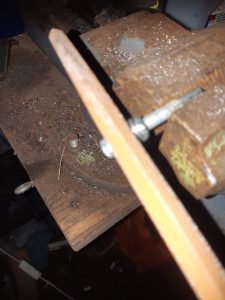 …on the last photo above (sorry, bad focus), I use my file to make some grooves in the nut that hopefully improve bonding it to the fairing with the epoxy glue.

Once I had come this far, I only had to repeat the steps above to manufacture the second nut.

Next, I took the fairing into the house to let it warm up for 24 hours to a temperature more suitable for epoxy glue. I live in Sweden, my bike is in our unheated garage and it is winter. If you live in warmer parts, say Florida, you can hop over this warming up procedure. Time to start gluing!

Prepare epoxy on a piece of cardboard… 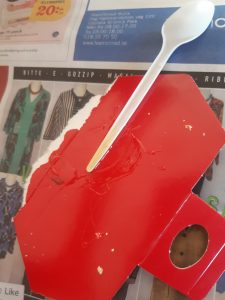 …I did the glueing in our kitchen with the fan on.
Put the glue in the hole, followed by the nut… 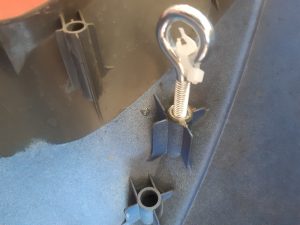 …I left a bolt in the nut to push the nut in place in the glue.

Make sure to have a bit of tape at the ‘bottom’ to avoid epoxy getting in the nut and blocking the thread. The result… 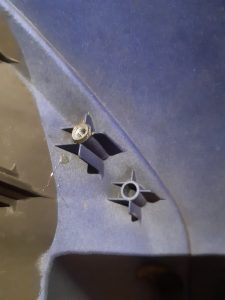 Happy with the results above, I declared the fairing repairs finished.

Total work for this part of the job: two hours.

Check and adjust alignment of the subframe holding the fairing:

If your mount the top fairing, it should align with both side covers. If that is the case, you are ready to put it back together.

In my case, there was a one cm gap on one side and a negative 5mm gap on the other side. In other words: it was crooked!

The top fairing is mounted on a subframe with four bolts, as I’ve already stated above. These bolts connect the fairing to a subframe that in its turn is mounted to the neck stem of the frame with two M8 bolts.

The subframe mounts for the top fairing… 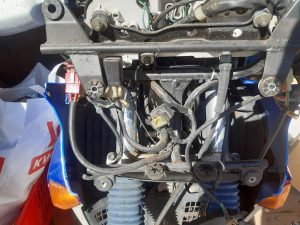 …consist of the two horizontal round bars ending in a bracket with rubber rings. In my case, I measured how much these bars needed to move in order for the fairing to match the side covers.

Bending was easy by… 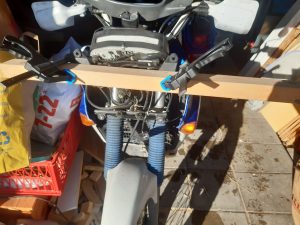 …attaching a two by four with a couple of c-clamps to the round bar and bending it slightly in the desired direction. Typically, you bend it only a small bit and then measure again before bending some more.

In my case, a couple of tugs put the trick, and the top fairing fitted nicely against the side covers.

One of the nuts at the bottom was about a cm off so I bent the lower round bar accordingly until all four nuts lined up nicely with the brackets.

Total work for this part of the job: two hours.

Put it all back together:

After completing all steps above, it is time to reassemble the fairing and covers and make it a TransAlp again. I found the order for reassembly below as most suitable:

Total work for this part of the job: half an hour.

There you go! A couple of hours of your own time and the fairings fit better than ever and are mounted as they once rolled out of the factory. Mine went back in hibernation in the garage. 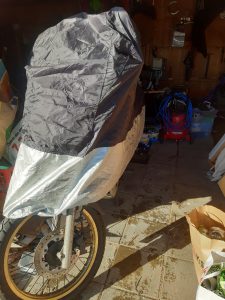 This is what my Alp looks like out in the wild: 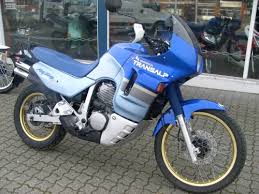 Next on my list is getting it on the road again when winter ends, followed by having my MOT renewed.